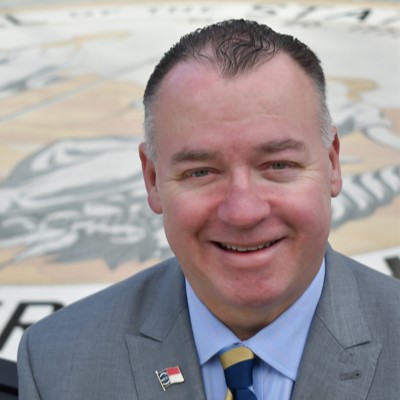 Rob joined NCSBA in September 2022 after a 25-year career serving in both his hometown of Raleigh and Washington, DC. Rob is a veteran of several national and state political campaigns, global public affairs firms, national trade associations, and lobbying campaigns in the NC General Assembly. He treasures his many years of deep bipartisan relationships. FUN FACT: Rob has met five US Presidents and three Vice-Presidents.

A native of Raleigh, when Rob isn’t pursuing his professional passion, he can be found cheering on his beloved alma mater, the NC State Wolfpack. In 45 years, Rob has missed less than a dozen home football games and can always be counted on to fire up the grill and throw the tailgate party. Rob resides in Knightdale with his wife, three kids, and three dogs.